candidate FAQs
apply for a vacancy

“I’m really excited by this Kickstart Scheme opportunity and the benefits it will bring me in the long term. The soft skills I am learning every week are fantastic for my confidence. Coupled with the hands-on practical experience of actually doing the job, I feel like I'll have really strong employment prospects in the future.” 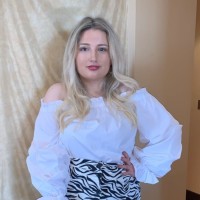 I became aware of the Kickstart Scheme through my job centre work coach. I really wanted to do an admin role as close to Altrincham as possible so I didn’t have to travel too far once travelling is allowed again!

My work coach then identified a number of possible roles that he felt I might be suitable for including the Exemplia admin role. The role really appealed to me as I had some prior HR experience and so felt that a recruitment business would be a good match.

The job description also gave a really detailed overview of all the training that would be provided as part of the placement which was really appealing. I loved the idea of being given additional skills that would put me in a strong position if I needed to apply for a job in the future.

The application process was pretty straightforward – as well as the application form, there was a psychometric assessment and then a video interview – which was definitely a new experience!

Overall, I’m so grateful to the Kickstart Scheme for this opportunity and I’m really excited by the benefits it will bring me in the long term. The skills I am learning every week through the training portal are brilliant for young and inexperienced individuals like me. The scheme has enabled me to gain some great practical experience over and above my degree and will help develop the soft skills that you don’t learn when studying a qualification.

“The Kickstart Scheme has provided me with a real sense of independence, making a really positive impact on my mental health. It’s also given me the opportunity to engage and interact with lots of great people. Plus there’s an excellent training programme which will equip me with the soft skills required for future employment opportunities"

I found out about the Kickstart Scheme through my work coach at the DWP. I was really interested in it when they suggested it as I found it really hard to find employment when I finished university. I got a degree in British Politics but there were no suitable roles available to apply for.

I was on Universal Credit for a few months before getting referrals for Kickstart Scheme placements. My work coach went through a detailed process of what was of interest to me, before matching me to suitable Kickstart roles. I was matched to three Kickstart roles in total but the Exemplia admin role really appealed. It was related to recruitment which I felt I could be well suited to as I’m a great talker and people person!

The application process was different for each role, but I really liked the Exemplia one as it included a psychometric assessment. I appreciate some people don’t like these but I found it really engaging and it helped make sure I was a good fit for the business.

I am so grateful for the opportunity the Kickstart Scheme has provided me with. I have so many friends who are in the same unemployed position that are applying for anything and everything just for the sake of having a job so I’ve highly recommended the scheme to them. The scheme has ensured I have a chance to do something I’m genuinely interested in, rather than something menial or boring.

I’ve learnt so much on the job already and the people around me are fantastic. Even though I’m learning the job through working from home, there is a lot of interaction via video calls, phone calls and emails. I also started at the same time as another Kickstart placement so it’s brilliant to be able to chat to her and help each other out if others are busy.

The additional training and support provided has also been fantastic. I’ve been able to develop the skills and knowledge I learnt at university much further which is going to put me in a great position for future employment opportunities.

Overall, the Kickstart Scheme has provided me with a real sense of independence and worth, whilst reducing my reliance on Universal Credit at the same time. It’s also provided me with a nice routine as well as engagement and interaction with lots of great people, which has really helped my mental health.

let us help you and your future career

apply for a vacancy